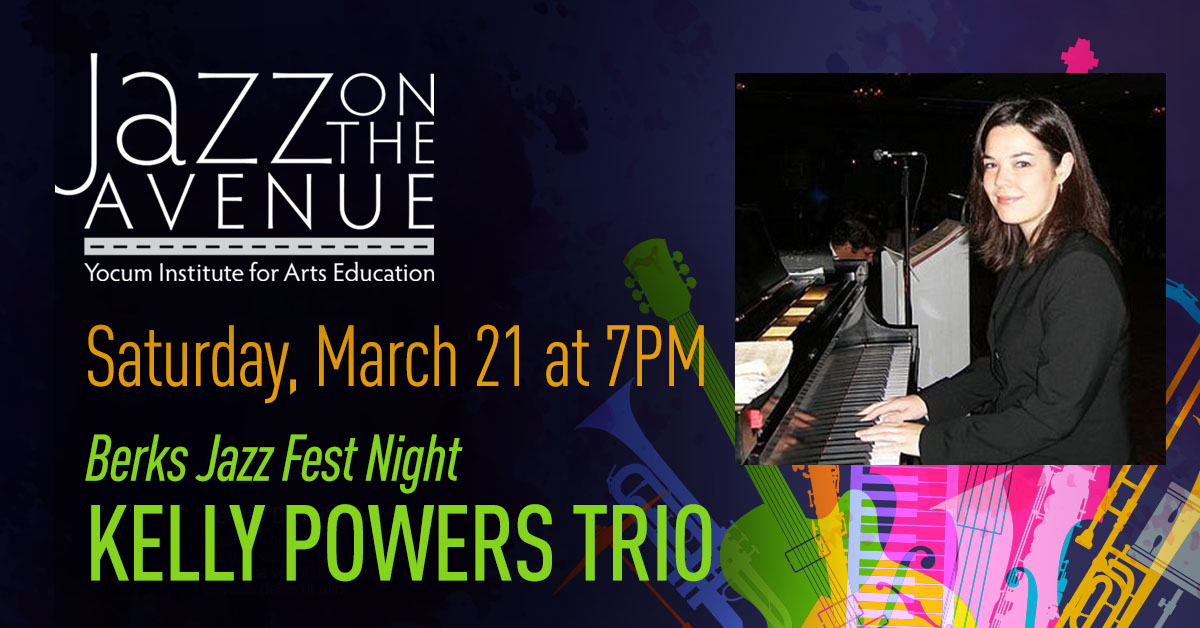 This event has been cancelled.

Kelly Powers, the director of jazz ensembles at Albright College, is a pianist and composer as well as an educator who performs and records on the New York City and Boston jazz scenes.

She has played many venues around the world, including Jazz Cafe (London), Body and Soul (Tokyo), Cafe Rosenberg (Reykjavik), Jazz Club (Barcelona), Smoke, Cleopatra’s Needle, Kitano, Zinc Bar, Swing 46, Minton’s Playhouse, the Carlyle and the Rainbow Room (all in New York City) and Scullers and the Regattabar (both in Boston).

She has released two original albums: The Kelly Powers Trio (featuring Grammy-nominated drummer Kendrick Scott) and The Kelly Powers Project (co-produced by Harold Mabern) on which she composed and arranged all of the repertoire.

Powers has been teaching piano for the last 13 years and has served on faculty at Northeastern University and the New England Conservatory of Music in the Preparatory and Continuing Education Departments.

Previously she taught jazz piano at Swarthmore College and served as Head of the Keyboard Department at the True School of Music in Mumbai, India where she also taught courses in improvisation and ear training. She performed at the Mahindra Blues Festival in Mumbai, opening for Grammy Award winner Derek Trucks.