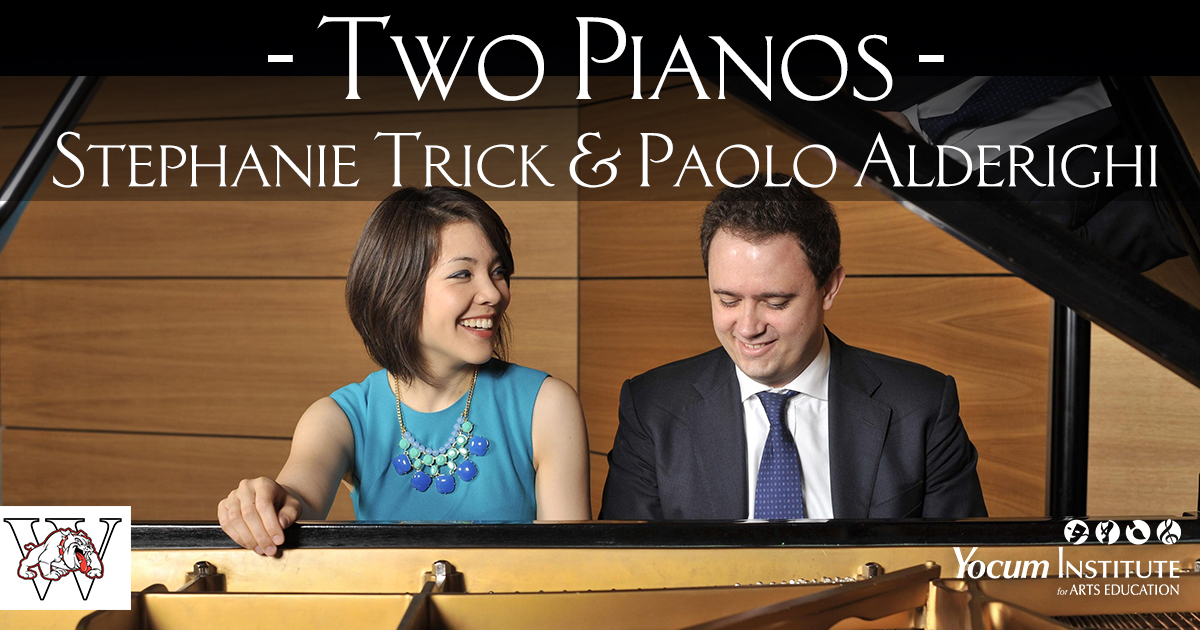 The Jazz on the Avenue series is excited to welcome the acclaimed piano duo Stephanie Trick & Paolo Alderighi to the Yocum Institute for Arts Education for a special afternoon performance on Saturday, Nov. 9, at 2:00 p.m.

Pioneers in the use of four-hands piano in jazz, Stephanie Trick and Paolo Alderighi have earned widespread success with their arrangements of classics from the stride piano, ragtime, and boogie woogie repertoires, as well as from the swing era and the Great American Songbook.

They have performed across the United States, Europe, and Japan, winning the acclaim of critics and fans alike. Blending impeccable technique and mature musicality with humor and showmanship, they are considered the most engaging piano duo dedicated to the repertoire of classic jazz.

Stephanie (from St. Louis), a leading exponent of stride piano, and Paolo (from Milan), one of Italy’s foremost jazz pianists, met at a piano festival in Switzerland in 2008.

Three years later, they started to collaborate on a four-hands piano project dedicated to classic jazz, preparing arrangements of songs from the swing era, as well as drawing from the ragtime and blues repertoire.

A portion of the proceeds from this concert benefit Wilson Scholarship Fund.

“We wanted our son to experience pre-school and Kindergarten as a place where art, music and play were celebrated...”