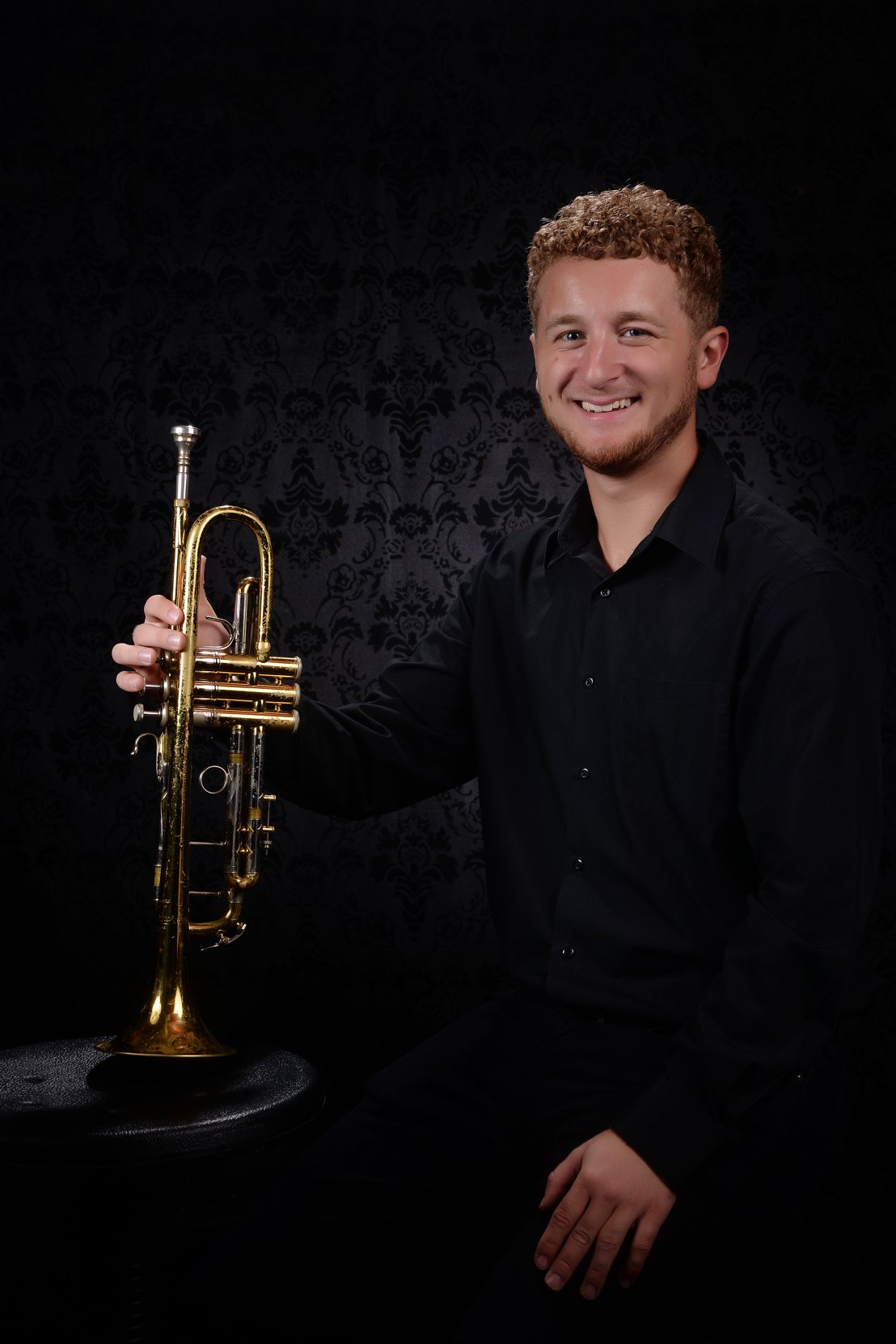 Alex Wolfe is a diverse trumpet player and a recent graduate of M.M. in jazz studies at The University of the Arts in Philadelphia, PA.

Wolfe has played with numerous groups at the University of the Arts, including the UArts Kerber Band and Z Band, which competed in the Monterey Next Generation Jazz Festival (2016). Wolfe has studied jazz and classical trumpet with Matt Gallagher, George Rabbai, Bill Pusey, Joshua Lawrence, Jon Shaw, Anthony DeSantis, Jeff Curnow, and John Swana.

For the past two years, Wolfe has been performing full time with Carnival Cruise Lines Entertainment (2018-2020). When not performing on a cruise ship, Wolfe also plays regularly with local bands at top Philadelphia venues, such as Johnny Brenda’s, Chris’s Jazz Cafe, the Trocadero Theater, Time Restaurant, and Ardmore Music Hall. Wolfe has performed with the Philadelphia Youth Orchestra for two seasons (2015-2016) and with the Reading Youth Symphony Orchestra (2012) for one.

Alex Wolfe plans to continue writing, arranging, teaching, performing, and spreading the gift of music for the rest of his life.

“Two of my children attended a day camp and loved it. It was great for my daughter. The...”