Through onsite performances, school tours, and performances in libraries and other partnering venues, our productions have been enjoyed by tens of thousands of audience members throughout Berks County and beyond.

All of the Productions of the Yocum Institute strive to help us all look at the seemingly every day and turns it into something magical through the transformative experience of live theater.

PrimaryStages Productions: Employing professional and up-and-coming professional actors, directors, musicians, scenic designers, and costumers from all over the region. These shows are hand selected with the goal to consistently provide a variety of excellent, quality performances that are accessible to the very young and entertaining to the entire family. From plays inspired by beloved children’s books, to Jazz Fest for Kids, to opera for children (in partnership with Berks Opera Workshop), to original works, these productions are the building blocks for all future theater goers and those that already love innovative and interesting theater.

Young Performer Series: See our young actors shine onstage! These performances are chosen and/ or developed for the education and experiential learning for our outstanding actors up to the age of 18. See them in everything from a final class project to our edgy plays for young adults.

Play-Me-A-Story Series: This 45-minute interactive story-time is filled with experiences designed for ages 3-8. Using themes and text from a picture book as a launch pad for inspiration we get the audience up to “play” with us through storytelling. Each experience is different and can include music, art projects, theater games and dress-up.

Want to work with us behind the scenes? We are looking for enthusiastic, collaborative and talented people as set designers, builders, costume designers, stitchers, props design and stage managers. We are also looking to hiring new-to-Yocum directors, musical directors and choreographers! Volunteers for front of house/ ushers are always welcome. Please email primarystages@yocuminstitute.org with your interest.

A Tremendous Thank You to our 2022-23 Season Sponsors

This 45-minute interactive story-time is filled with experiences designed for ages 3-8. Using themes and text from a picture book as a launch pad for inspiration we get the audience up to “play” with us through storytelling. Each experience is different and can include music, art projects, theater games and dress-up.

Reservation Link: Play Me A Story: Caps for Sale

The Very Hungry Caterpillar, By Eric Carle
May 6, 2023

Reservation Link: Play Me A Story: The Very Hungry Caterpillar

Based on the interactive exhibit designed around the works by Amos Lemon Burkhart, Stay Alive, Make Art, we are creating a new collage performance with selections from musicals, scripted plays and devised pieces. Artistic Director, Beverly Houck, Head of Theater Department, Andrea Hart and through special workshops with Corinna Sowers Adler the cast of Yocum theater students ages 12-18 will bring together work that that centers all we love about the arts and how we use our talents to create a space for the performer and the audience that is cathartic to celebratory!

By Philip Grecian. Based on the motion picture A Christmas Story, © 1983 Turner Entertainment Co., distributed by Warner Bros., written by Jean Shepherd, Leigh Brown and Bob Clark; and on the book In God We Trust, All Others Pay Cash by Jean Shepherd.

Produced with permission from Dramatic Publishing

Humorist Jean Shepherd’s memoir of growing up in the midwest in the 1940s follows 9-year-old Ralphie Parker in his quest to get a genuine Red Ryder BB gun under the tree for Christmas. Ralphie pleads his case before his mother, his teacher and even Santa Claus himself at Higbee’s Department Store. The consistent response: “You’ll shoot your eye out!” All the elements from the beloved motion picture are here, including the family’s temperamental exploding furnace; Scut Farkas, the school bully; the boys’ experiment with a wet tongue on a cold lamppost; the Little Orphan Annie decoder pin; Ralphie’s father winning a lamp shaped like a woman’s leg in a net stocking; Ralphie’s fantasy scenarios and more. A Christmas Story is destined to become a theatrical holiday perennial.

Produced with permission from Plays for New Audiences

P.D. Eastman’s classic children’s book comes to life on stage in an exploration of movement, color and space. The dogs delve into life with gusto, creating a visual spectacle for the audience to feast upon. They snorkel. They howl at the moon. They ride a ferris wheel. They sing and dance and climb trees. This is a rollicking free-for-all of chicanine-ery. A big and little musical world of doggy fun. Like a pop-up book that comes to life – and never stops.

Winnie the Pooh and other Sentimental Songs

PJ night cabaret with audience participation and singalongs. Featuring classic songs from many genres and artists, this lovely event will have you singing along as you introduce some of your favorite songs and learn new ones your children know best.

JAZZ FEST FOR KIDS: The Boy at the Edge of Everything

Ticket link: Jazz Fest for Kids: The Boy at the Edge of Everything Tickets in West Lawn, PA, United States (ticketleap.com)

Produced with Permission from the Author

In the middle of his over-scheduled 12-and-a-bit-year-old life, Simon Ives dreams of a place where he can just stop and be. Meanwhile, at the farthest point in the universe, The Boy at the Edge of Everything lives by himself, lonely and bored. Simon dreams of escaping his stressful life, sending him on a time-traveling adventure that instills a renewed sense of home. Younger members of the audience will relate to Simon. Krukemeyer opens an honest discussion with parents about boundaries and the true anxieties experienced by their children. When Simon is rocketed into space (through an unlikely series of events involving ‘lots and lots of fireworks’), their worlds collide, and neither will ever be the same.

See The Boy at the Edge of Everything with the family to open the possibility of a discussion about boundaries and the true anxieties experienced by our children. All while laughing together and feeling your heart warm.

The quintessential tale of the curious dreamers, the March sisters and how perfectly imperfectly even the best of families and sibling relationships can be.

Jo March isn’t your typical Victorian lady. She’s indecorous and headstrong, and one day she’s going to be a great American novelist. As she and her sisters grow up in the middle of the Civil War, they strive to be brave, intelligent, and imaginative young women. But as adulthood approaches, each sister must negotiate her private ambitions with society’s expectations. In a war-torn world defined by gender, class, and personal tragedy, Jo March gives us her greatest story: that of the March sisters, four dreamers destined to be imperfect little women.

Head Over Heels the Musical

in partnership with the LGBT Center of Greater Reading

Produced with Permission from Broadway Licensing

A hilarious, exuberant celebration of love, HEAD OVER HEELS follows the escapades of a royal family on an outrageous journey to save their beloved kingdom from extinction—only to discover the key to their realm’s survival lies within each of their own hearts.

Using the fantasy world of Lewis Caroll’s Through the Looking Glass as inspiration, we are creating an immersive site-specific arts experience for the community. Free to all, this experience will be located on the 55 acre Berks Heritage Center using a variety of indoor and outdoor historic spaces. The Heritage Center is one of the Parks run by Berks County Parks and Recreation.

Attendees of the event are invited as observers and/ or as a first-person role of an inquisitive and curious explorer. As a first-person, the participant will follow a specific storyline that leads them to navigate the multi-space interactive installation looking for clues and performing specific tasks. Locations will have narrative, theatrical, hands-on visual arts & music activities, dance, and creative drama.  Every attendee will have the opportunity to make their mark on a physical piece that will remain on public display for the summer of 2023.

Past Productions Supported by: 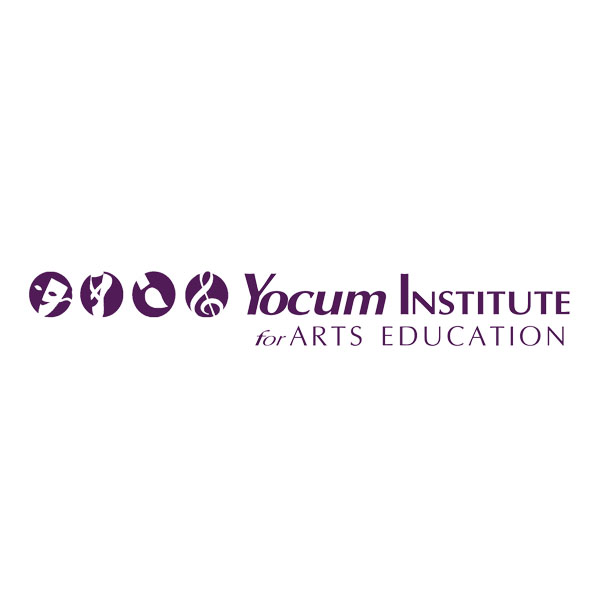 “All of the teachers take the time to personally help each student progress as a dancer and reach our...”